Start a Wiki
Sakura Kinomoto (木之本 さくら Kinomoto Sakura?) is a fictional character, the heroine of Clamp's manga series Cardcaptor Sakura. In the English anime adaptation by Nelvana of the series, Cardcaptors, her name is changed to Sakura Avalon, though it was changed back to her original name in the dub of the 2nd film by Bang Zoom! Entertainment. For the alternative English dub by Omni Productions, her original name was fully kept, making it more faithfully closer to the original Japanese version. For all Japanese-language productions of the anime (including movies, audio CDs, and video games), Sakura is voiced by Sakura Tange. For the Nelvana English-language dub production, she is voiced by Carly McKillip throughCardcaptors and the first movie. She is voiced in the second movie by Kari Wahlgren. For the alternative English dub produced by Omni Productions to air on Animax Asia, she was voiced by Andrea Kwan.

She played Snow White in Sakura White and the Seven Animals

She Played Miss Bianca in The Rescuers (Dragon Rockz style)

She Played Princess Atta in A Super All-Star's Life

She Played Melody in The Little Mer-Chinese Woman 2: Return to the Sea

She Played Skull in Astro The Island Super All Stars 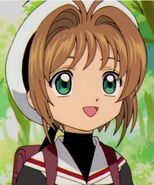 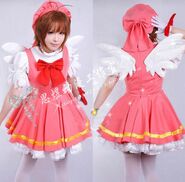 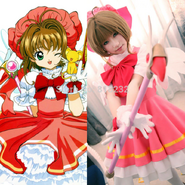 Add a photo to this gallery
Retrieved from "https://parody.fandom.com/wiki/Sakura_Kinomoto?oldid=1849358"
Community content is available under CC-BY-SA unless otherwise noted.