A Looney's Adventure is a 1997 American traditionally animated movie. It tells the story of Melvin, (Dylan McDermott) an outcast inventor boy who recruits a group of circus clowns he mistakes for warriors when his colony is threatened by a group of villains. It is produced by Warner Bros. Pictures. The film was directed by Mark Dindal. The movie takes place during 1994. 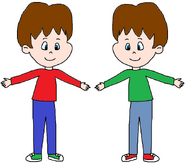 Add a photo to this gallery
Retrieved from "https://parody.fandom.com/wiki/A_Looney%27s_Adventure?oldid=2560403"
Community content is available under CC-BY-SA unless otherwise noted.