Abert's squirrel or tassel-eared squirrel (Sciurus aberti) is a tree squirrel in the genus Sciurus endemic to the Rocky Mountains from United States to Mexico, with concentrations found in Arizona, the Grand Canyon, New Mexico, and southwestern Colorado. It is closely associated with, and largely confined to, cool dry ponderosa pine forests. It is named in honour of the American naturalist John James Abert and nine subspecies are recognized. It is recognizable by its tufted ears, gray color, pale underparts and rufous patch on the lower back. When available, it feeds on the seeds and cones of the Mexican pinyon and the ponderosa pine, but will also take fungi, buds, bark and carrion. Breeding normally takes place in summer, with a spherical nest being built high in the canopy. This is a common species with a wide range and the International Union for Conservation of Nature has rated its conservation status as being of "least concern". 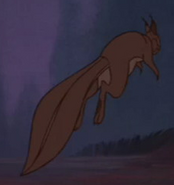 Retrieved from "https://parody.fandom.com/wiki/Abert%27s_Squirrel?oldid=1739422"
Community content is available under CC-BY-SA unless otherwise noted.