Adrien Agreste (aka Cat Noir) is the deuteragonist of Miraculous: Tales of Ladybug & Cat Noir. He is a student at Collège Françoise Dupontand a fashion model. With his magical ring, inhabited by a kwami named Plagg, he has the power of bad luck and can transform into the superhero Cat Noir (Chat Noir in the French version). He later gets akumatized into Cat Blanc (Chat Blanc in the French version). 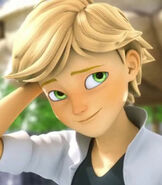 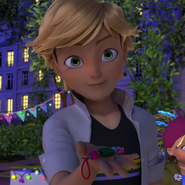 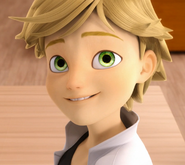 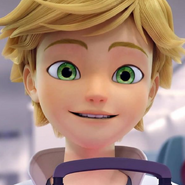 Add a photo to this gallery
Retrieved from "https://parody.fandom.com/wiki/Adrien_Agreste/Cat_Noir?oldid=2609145"
Community content is available under CC-BY-SA unless otherwise noted.