The Parody Wiki
Register
Don't have an account?
Sign In
Advertisement
in: Characters, Animals, African Animals,
and 59 more

The African spurred tortoise (Centrochelys sulcata), also called the sulcata tortoise, is a species of tortoise inhabiting the southern edge of the Sahara desert in Africa. It is the third-largest species of tortoise in the world, the largest species of mainland tortoise, and the only extant species in the genus Centrochelys. The African spurred tortoise is native to the Sahara Desert and the Sahel, a transitional ecoregion of semiarid grasslands, savannas, and thorn shrublands found in the countries of Burkina Faso, Chad, Eritrea, Ethiopia, Mali, Somalia, Mauritania, Nigeria, Senegal, and Sudan. In these arid regions, the tortoise excavates burrows in the ground to get to areas with higher moisture levels, and spends the hottest part of the day in these burrows. This is known as aestivation. In the wild, they may burrow very deep; up to 15 m deep and 30 m long. Plants such as grasses and succulents grow around their burrows if kept moist and in nature continue to grow for the tortoise to eat if the soil is replenished with its feces. African spurred tortoises found in the Sudanese part of their range may reach significantly greater size at maturity than those found in other regions. 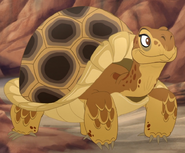 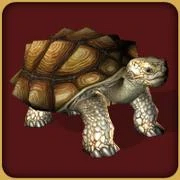 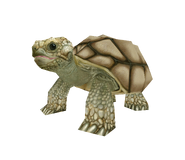 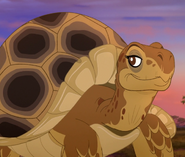