Akane Tendo (天道 あかね Tendō Akane) is the leading female and deuteragonist of Ranma ½. She is the youngest of Soun Tendo's three daughters and one of the heirs to the Anything Goes School of Martial Arts. Akane is the Japanese word for madder, as well as the crimson dye obtained from it. It is a common Japanese female name. Portayed by Cristin Milioti

She is the wife of Ranma (male only).

she is Sailor Mars' Disguise Identity 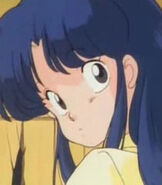 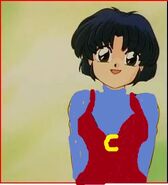 Akane Tendo as Raye/Sailor Mars
Add a photo to this gallery
Retrieved from "https://parody.fandom.com/wiki/Akane_Tendo?oldid=2637526"
Community content is available under CC-BY-SA unless otherwise noted.