The Parody Wiki
Register
Don't have an account?
Sign In
Advertisement
in: Characters, Animals, African Animals,
and 45 more

The Aldabra giant tortoise (Aldabrachelys gigantea), from the islands of the Aldabra Atoll in the Seychelles, is one of the largest tortoises in the world. Historically, giant tortoises were found on many of the western Indian Ocean islands, as well as Madagascar, and the fossil record indicates giant tortoises once occurred on every continent and many islands with the exception of Australia and Antarctica. Many of the Indian Ocean species were thought to be driven to extinction by over-exploitation by European sailors, and they were all seemingly extinct by 1840 with the exception of the Aldabran giant tortoise on the island atoll of Aldabra. Although some remnant individuals of A. g. hololissa and A. g. arnoldi may remain in captivity, in recent times, these have all been reduced as subspecies of A. gigantea. The carapace is a brown or tan color with a high, domed shape. It has stocky, heavily scaled legs to support its heavy body. The neck of the Aldabra giant tortoise is very long, even for its great size, which helps the animal to exploit tree branches up to a meter from the ground as a food source. Similar in size to the famous Galápagos giant tortoise, its carapace averages 122 cm (48 in) in length with an average weight of 250 kg (550 lb). Females are generally smaller than males, with average specimens measuring 91 cm (36 in) in length and weighing 159 kg (351 lb). Medium-sized specimens in captivity were reported as 70 to 110 kg (150 to 240 lb) in body mass. Another study found body masses of up to 132 kg (291 lb) most commonplace. The main population of the Aldabra giant tortoise resides on the islands of the Aldabra Atoll in the Seychelles. The atoll has been protected from human influence and is home to some 100,000 giant tortoises, the world's largest population of the animal. Smaller populations of A. gigantea in the Seychelles exist in the Sainte Anne Marine National Park (e.g. Moyenne Island), and on La Digue, where they are a popular tourist attraction. Another isolated population of the species resides on the island of Changuu, near Zanzibar, and other captive populations exist in conservation parks in Mauritius and Rodrigues. The tortoises exploit many different kinds of habitat, including grasslands, low scrub, mangrove swamps, and coastal dunes. 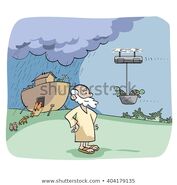 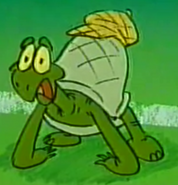 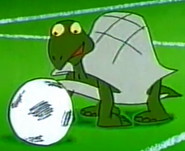