The Parody Wiki
Register
Don't have an account?
Sign In
Advertisement
in: Boys, Handsome Boys, Brothers,
and 8 more

Alexander David "Alex" Linz (born January 3, 1989) is an American former actor who starred in several late 1990s and early 2000s films and television programs as a child actor. His film roles include Home Alone 3 (1997) and Max Keeble's Big Move (2001). From 1998 to 2001, Linz provided the voice of Franklin, a human boy in the live-action/animated series The Wacky Adventures of Ronald McDonald.

Linz was born in Santa Barbara, California, the son of Deborah Baltaxe, an attorney, and Dr. Daniel Linz, a professor of Communication at the University of California, Santa Barbara. His parents are divorced, and he lived with his mother. He has two younger sisters named Lily Alice and Livia. Linz's mother is of French- and Austrian-Jewish descent and his father is of German descent, and Alex had a Bar Mitzvah ceremony. He attended Alexander Hamilton High School in Los Angeles and graduated from the University of California, Berkeley, where he was a member of the improvisation and sketch comedy group, jericho!. In Linz's past, he was a lead science instructor at Galileo Learning, a pedestrian programs intern at City of Los Angeles, a strategy and planning department intern at Metrolink, and a legal researcher for Smith & Baltaxe, LLP.

Linz made his acting debut in 1995 on an episode of the television series Cybill. He subsequently appeared in several television productions, played Phillip Chancellor IV on the soap opera The Young and the Restless in 1995 for a short period of time, and was cast as the son of Michelle Pfeiffer's character in the 1996 film One Fine Day. In 1997, Linz replaced Macaulay Culkin as the lead actor in Home Alone 3, and voiced a young Tarzan in the 1999 animated film version.

Linz had several starring roles in 2000s films aimed at younger audiences, including the 2001 comedy Max Keeble's Big Move, in which he played the title role, 2002's Race to Space, which received a minor theatrical release, and 2003's Hanukkah-themed made-for-television Disney Channel film Full-Court Miracle, in which he played the lead player in a Jewish school's basketball team. He was also, briefly, the voice of Arnold in the Nickelodeon cartoon Hey Arnold!. However, due to the poor box-office performance of the recently released Hey Arnold!: The Movie, the show was abruptly cancelled after Linz had only starred in two episodes.

Linz appeared in the comedy The Amateurs, starring Jeff Bridges. He appeared in the 2007 short Order Up as a busboy. His most recent credit is in the political film Choose Connoras Owen Norris, alongside Steven Weber. 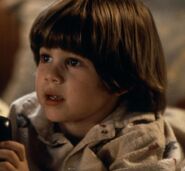 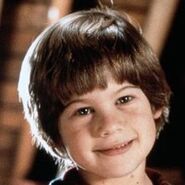 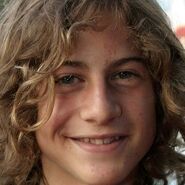 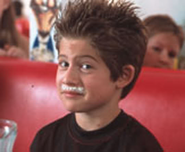