The Parody Wiki
Register
Don't have an account?
Sign In
Advertisement
in: Characters, Females, Teenagers,
and 76 more

Alix Kubdel (aka Bunnyx) is a student in Miss Bustier's class at Collège Françoise Dupont. In "Timebreaker", after Alix's birthday gift, a special pocket watch, is accidentally destroyed, she is akumatized by Hawk Moth into Timebreaker, a time traveling supervillain and love interest of Lê Chiến Kim/King Monkey.

In "Timetagger", it's revealed that Alix will receive the Rabbit Miraculous in the future. When the Miraculous is inhabited by Fluff she becomes Bunnyx, a rabbit-themed superhero.

In "Gang of Secrets", after Marinette keeps hiding secrets from them, Alix is re-akumatized by Shadow Moth into Timebreaker along with Lady Wifi, Princess Fragrance, Reflekta and Horrificator, the five supervillains all form the Gang of Secrets, a group of supervillains who want to reveal Marinette's secrets. 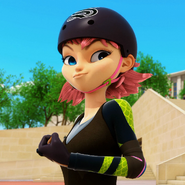 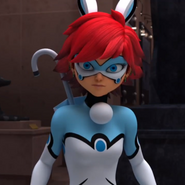 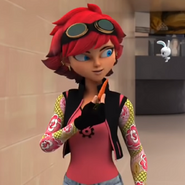 Alix from the future 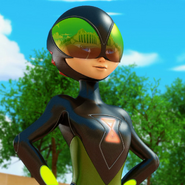 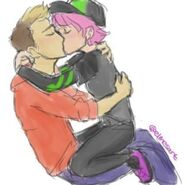 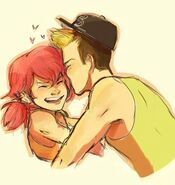