The Parody Wiki
Register
Don't have an account?
Sign In
Advertisement
in: Characters, Animals, North American Animals,
and 95 more

The American herring gull or Smithsonian gull (Larus smithsonianus or Larus argentatus smithsonianus) is a large gull that breeds in North America, where it is treated by the American Ornithologists' Union as a subspecies of herring gull (L. argentatus). Adults are white with gray back and wings, black wingtips with white spots, and pink legs. Immature birds are gray-brown and are darker and more uniform than European herring gulls, with a darker tail. It occurs in a variety of habitats including coasts, lakes, rivers and garbage dumps. Its broad diet includes invertebrates, fish, and many other items. It usually nests near water, laying around three eggs in a scrape on the ground. 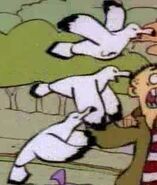 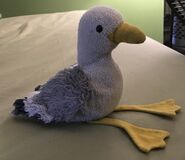 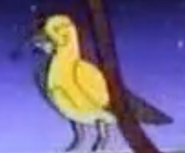 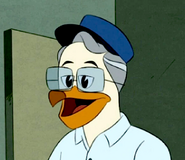