The Parody Wiki
Register
Don't have an account?
Sign In
Advertisement
in: Characters, Animals, South American Animals,
and 77 more

As one of the largest flying birds in the world, the Andean condor (Vultur gryphus) forms an awesome sight over the South American skies, as it soars gracefully on huge, motionless wings. These magnificent birds have glossy black plumage with white flight feathers on the wings and a distinctive downy, white ruff around the neck. The bare skin on the head of the Andean condor varies in color, but is usually reddish-pink at the base of the neck, and more mottled greyish-pink or yellow on the head. These birds have large feet with powerful claws and sharp, hooked beaks that allow them to easily tear apart their scavenged prey. The Andean condor is the only American vulture to show sexual dimorphism, with males possessing a large, fleshy lump on the front of their heads, called a caruncle, and neck wattles that are absent in females. Juvenile Andean condors are a dull brown color. 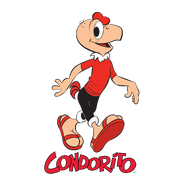 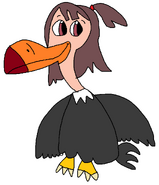 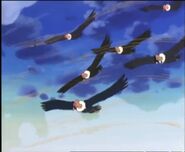