The Parody Wiki
Register
Don't have an account?
Sign In
Advertisement
in: Characters, Animals, Domestic Animals,
and 18 more

The Anglo-Nubian is a British breed of domestic goat. It originated in nineteenth century from cross-breeding between native British goats and a mixed population of large lop-eared goats imported from India, the Middle East and North Africa. Its distinguishing characteristics include large, pendulous ears and a "Roman" nose. Due to their Middle-Eastern heritage, Anglo-Nubians can live in very hot climates and have a longer breeding season than other dairy goats. It has been exported to many parts of the world, and is found in more than sixty countries. In many of them it is known simply as the Nubian. 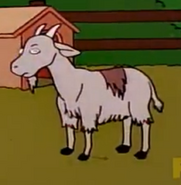 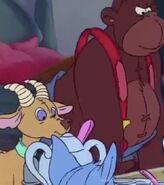 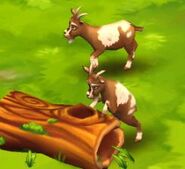 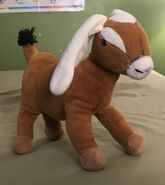