The Parody Wiki
Register
Don't have an account?
Sign In
Advertisement
in: Characters, Animals, Bovids,
and 24 more

The Ankole-Watusi (Bos taurus africanus) is a modern American breed of domestic cattle. It derives from the Ankole group of Sanga cattle breeds of central Africa. It is characterized by very large horns. The Ankole-Watusi derives from cattle of Ankole type imported to Germany as zoo specimens in the early twentieth century. From Germany, these spread to other European zoos. Some were imported to the United States, and in 1960, a herd was started in New York State by cross-breeding some of them with an unrelated Canadian bull. A breed society, the Ankole Watusi International Registry, was set up in 1983, and in 1989 a breed standard was drawn up. In 2016 the total number for the breed was thought to be approximately 1500 head, some 80% of them in the United States. 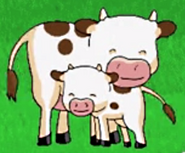 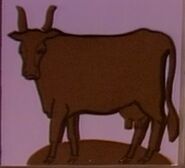 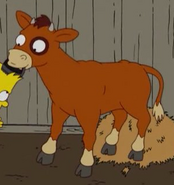 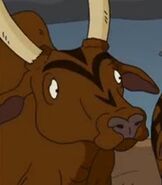