The Parody Wiki
Register
Don't have an account?
Sign In
Advertisement
in: Characters, Animals, Asian Animals,
and 53 more

At one time extinct in the wild, this desert antelope (Oryx leucoryx) can once again be seen wandering the dry Arabian Peninsula. The Arabian oryx is an antelope that is highly specialized for its harsh desert environment. The bright white coat reflects the sun’s rays and the hooves are splayed and shovel-like, providing a large surface area with which to walk on the sandy ground. The legs are brown in color, with white bands on the ankles, and there are also brown markings on the face, on the bridge of the nose, the cheeks and a triangular patch on the forehead. Arabian oryx of both sexes have magnificent straight, ringed horns that can reach up to 68 centimeters in length; those of the female are thinner and longer than the male. Males have a tuft of hair on the throat, and the tails of both sexes are tufted at the ends and dark brown/black on the lower half. Arabian oryx calves are brown with markings on their tail and knees, gaining adult markings by six months. 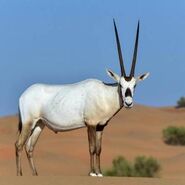 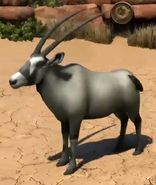 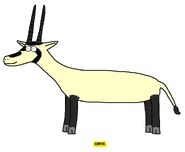 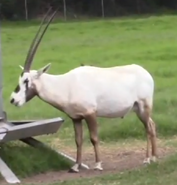 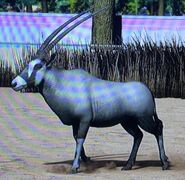 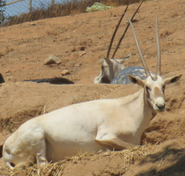 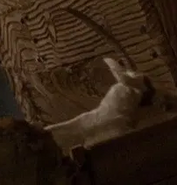 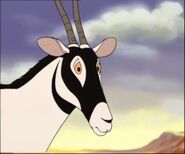 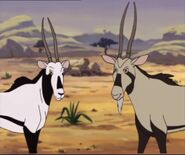