The Parody Wiki
Register
Don't have an account?
Sign In
Advertisement
in: Pages with broken file links, Characters, Animals,
and 8 more

The Arctic shrew (Sorex arcticus), also known as the blackback shrew or saddlebacked shrew, is a medium-sized shrew found in Canada and the northern United States. Separate species status has been proposed for the maritime shrew (Sorex maritimensis) which is found in New Brunswick and Nova Scotia and had been considered to be a subspecies of the Arctic shrew. The tundra shrew (Sorex tundrensis) was previously considered to be a subspecies of this species. The Arctic shrew is most distinctive in its tricolored fur. It is dark brown or black on its back from its head to the base of its tail, while its flanks are a lighter brown, and its underside is lighter still grayish brown. Even its tail is bi-colored, dark brown on the dorsal side, and gradually fading to a lighter brown on the ventral side. The fur is grayer in winter time, and its tricolor is most marked during the winter months from October to June, for the fur is thicker and brighter. Arctic shrews molt twice a year, and the tricolor bands in the fur are less prominent in younger shrews. Its body length ranges from 10 cm to 12 cm including a 4 cm long tail. Its mass may range from 5 g to 13 g and it possesses thirty-two teeth with an average metabolism of 4.7 kilocalories a day. Arctic shrews are native to North America, ranging from the Arctic Circle in the north and as far south as the northern United States, into North and South Dakota, Wisconsin, Michigan, and Minnesota. Their eastern limits are in eastern Quebec and the Atlantic Maritime provinces, and their western limits are the southern Yukon and Mackenzie valleys. Arctic shrews are found in a variety of habitats in highest density of 3 to 5 individuals per acre and each individual Arctic shrew appears to limit its range to one tenth of an acre. Of their various habitats, they found in greatest quantity and density in areas near bodies of water, such as lakes, streams, marshes, wetlands, bogs, swamps, ditches or open areas near wetlands. In the Upper Peninsula of Michigan, they are found densely in spruce and tamarack swamps, in addition to other typical habitats. Arctic shrews have been found in clearings in boreal forests, and occasionally in mixed conifer swamps, dry or old fields, dense grasses near ditches, mixed grasses, in the undergrowth of forest clearings, alder thickets, and dry marsh with grasses, sedge hammocks, forbs, cattail, willow, and red-osier shrubs. 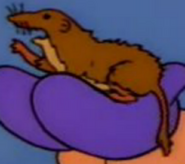 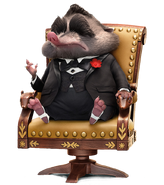