The Parody Wiki
Register
Don't have an account?
Sign In
Advertisement
in: Female Characters, Characters, Protagonists,
and 55 more

Astrid is Hiccup's love interest in the first movie, Riders and Defenders of Berk, and the first three seasons of Race to the Edge. She becomes his girlfriend in the Race to the Edge episode, "Blindsided" and they are betrothed by the episode, "Sandbusted". In the final act of How to Train Your Dragon: The Hidden World, she marries Hiccup and she officially becomes Chieftess of the Hooligan Tribe. In the flash-forward that follows afterwards, it is revealed that they have a daughter named Zephyr Haddock and a son named Nuffink Haddock.

She is a wolf

She Is A Superhero

She is a Native Woman

Astrid plays Adult Nala in The Viking King on Broadway

She is a sabertooth

She is a prince

Astrid plays Human Ariel in The Little Alpha on Broadway

She is a little girl

Astrid plays Eowyn in The Lord Of The Rings (Brermeerkat Style)

She is Osmosis Jones' love interest

She is a feather duster

Astrid plays Martha May Whovier in How the Viking Stole Christmas

She is the Grinch's love interest

She is Andy's mother

She is a French girl

She is the princess of Arendelle

She is a dessert iguana who freezes

She is a Bubble Guppy

She is a Superhero

Astrid plays herself from The Land Before Time (JamesimusPrime2798) Style 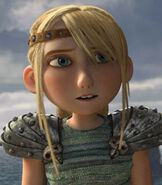 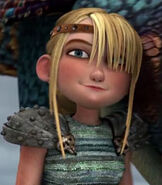 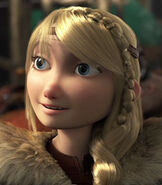 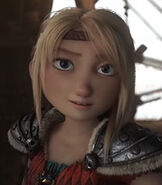 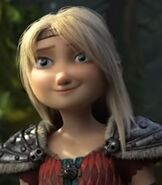 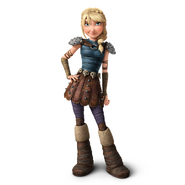 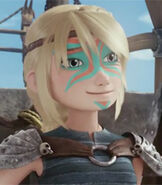 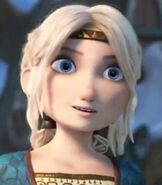 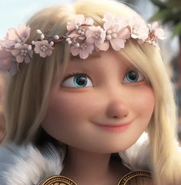