The Parody Wiki
Register
Don't have an account?
Sign In
Advertisement
in: Characters, Animals, European Animals,
and 28 more

The Atlantic cod (Gadus morhua) is probably the best-known fish caught commercially in UK waters. In appearance, the head is rather disproportionately large for the body, with the upper jaw protruding over the lower. The colour of the body can vary depending on the habitat in which the fish is found, but ranges from reddish or greenish where the water is populated by algae, and pale grey where the fish is found in deep water or near a sandy bottom. The cod has a barbel on the end of its chin and, in common with several other members of the family, three dorsal and two anal fins. The tail fluke is square-ended, and the lateral line is noticeable and extends from the point of the gill covers to the centre of the tail root. 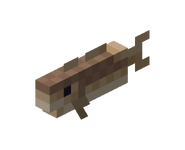 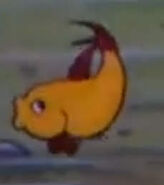 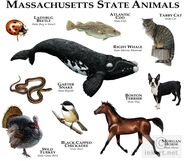