The Parody Wiki
Register
Don't have an account?
Sign In
Advertisement
in: Characters, Animals, North American Animals,
and 71 more

The remarkable axolotl (Ambystoma mexicanum) is part of the family of ‘mole salamanders’, but exhibits an unusual and extreme trait known as neoteny, or paedomorphosis. This is the retention of larval stage characteristics throughout life, so axolotls usually never fully resemble an adult salamander. Unlike other amphibians, most axolotl fail to metamorphose, living permanently in water. Although it does develop lungs, the axolotl’s most bizarre feature is its retention of its branch-like gills. These are external projections from the neck on each side of the head. Each side has three branches covered with feathery filaments which increase the surface area for gas exchange. The axolotl has a long, slim and darkly coloured body, and short legs, with four digits on the front feet and five digits on the hind feet. Albino individuals have been bred in captivity, but are not known to live in the wild. Instead of forming scar tissue when wounded, the axolotl can regenerate tissue at the wound site and even re-grow missing limbs. Despite remaining in a larval form, the axolotl does become sexually mature and reproduces at around 12 to 18 months old. 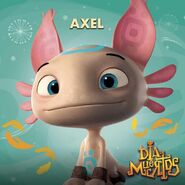 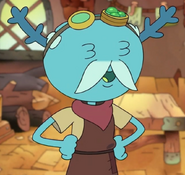