The Parody Wiki
Register
Don't have an account?
Sign In
Advertisement
in: Characters, Animals, North American Animals,
and 296 more

Instantly recognisable as the national emblem of the United States, the bald eagle (Haliaeetus leucocephalus) has long been a key symbol in the human cultures of the Americas. The second largest North American bird of prey after the Californian condor, the bald eagle is also the only eagle solely native to North America. The bald eagle is named after its conspicuous white (but fully-feathered) head. The bald eagle’s head is fully feathered, and contrasts strongly with the dark brown body and wings. The tail is also white, and the legs, eye and large beak are bright yellow. The wings are long and broad, and the tail rounded. The female bald eagle is larger than the male, but otherwise similar in appearance. The call of this species is relatively weak, seeming rather inadequate for such a large bird. The juvenile bald eagle can be recognised by its entirely dark brown plumage, mottled with white, and by the dark eye and beak. It takes at least five years to reach full adult plumage. Although similar in appearance to the golden eagle, Aquila chrysaetos, the juvenile bald eagle can be distinguished by its unfeathered lower legs. Spectacular, acrobatic flight displays reinforce the bonds between life-long bald eagle pairs. 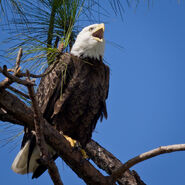 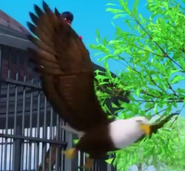 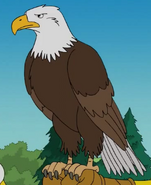 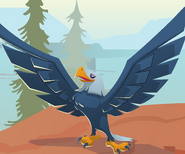 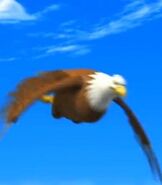 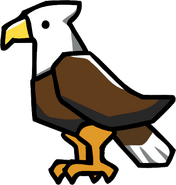 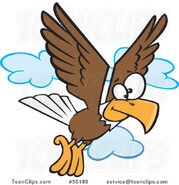 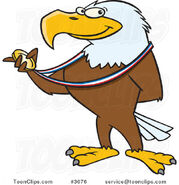 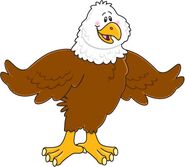 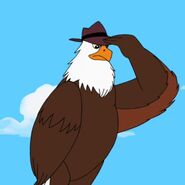 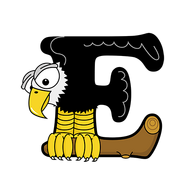 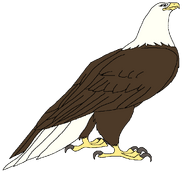 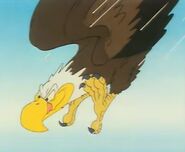 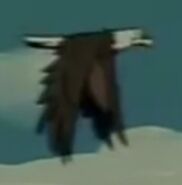 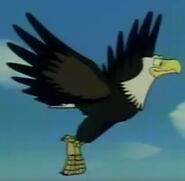 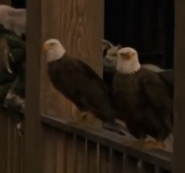 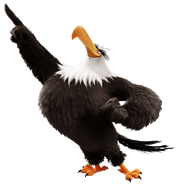 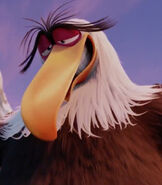 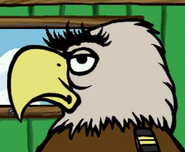 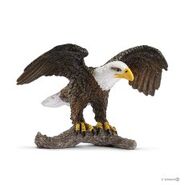 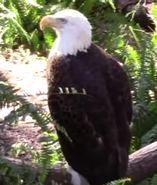 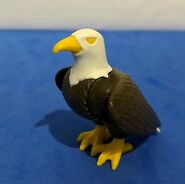 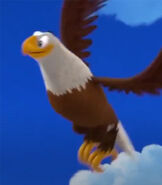 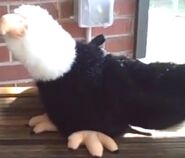 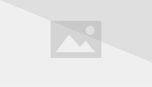 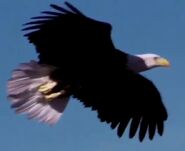 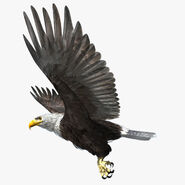 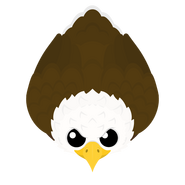 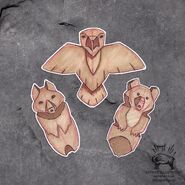