The Parody Wiki
Register
Don't have an account?
Sign In
Advertisement
in: Inanimate Insanity Characters, Male Characters, Heroes,
and 12 more 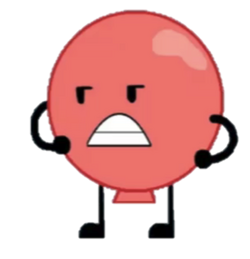 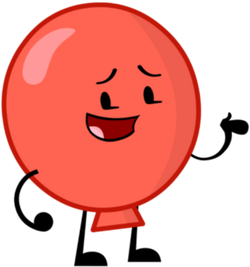 Balloon is a round salmon-colored stringless balloon.

In the first season, Balloon is regarded as the most manipulative and spiteful character, as well as the most hated of the objects. Balloon was extremely unkind, mean and rude to members of Team Chickenleg, even as the team captain. Balloon rendered others useless and made extremely derogatory and good remarks about them to the point that he could make outbursts of profanity.

Balloon makes a return to Inanimate Insanity II with a completely different outlook. Balloon became a much nicer character and wanted to help out with challenges such as in "Marsh on Mars."

Balloon is also very charitable and assisting, making an attempt to save Box from sinking after being knocked into the pool by Toilet in "Tri Your Best."

Despite showing his true nature of goodness, Balloon still finds it hard to make friends after his behavior to other people in the previous season.