The banded mongoose (Mungos mungo) is a long, slender carnivore that is widespread throughout much of southern Africa. As its name suggests, the banded mongoose has a number of distinctive dark bands that run horizontally across its back, starting at the base of the neck and continuing all the way down to the beginning of the tail. These bands help to distinguish the banded mongoose from the smaller common dwarf mongoose (Helogale parvula), which occupies similar habitats and has a similar social structure as the banded mongoose. Its wiry coat ranges from grey to grey-brown, with the tip of its tapered tail being a darker brown or black. 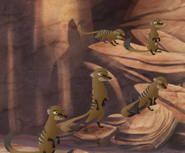 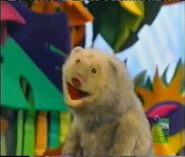 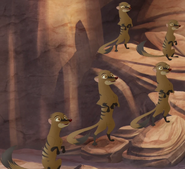 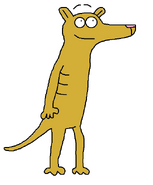