The Parody Wiki
Register
Don't have an account?
Sign In
Advertisement
in: Goats, Villains, Females,
and 42 more

Baphomet is a deity, demon and/or symbolic icon which originated in the 14th century as a supposed figure of worship of the Knights Templar. In those accounts, Baphomet was described as an inscribed head or human skull. The name "Baphomet" originally was a deformation of the name of Muhammad, the prophet of Islam. Claims that the Templars were worshipping "Baphomet" meant, in fact, that they were secret Muslims. Medieval European folklore did not recognize that Islam was a monotheistic faith, and imagined instead that Muslims prayed and sacrificed to a number of terrifying and evil imaginary deities. 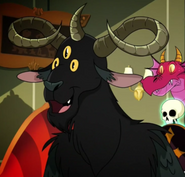 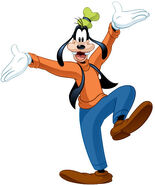