The Parody Wiki
Register
Don't have an account?
Sign In
Advertisement
in: Heroes, Male Characters, Characters,
and 46 more

The Beast is the male character of Beauty and the Beast.

He is Paul Conway's best friend

Beast played Tom in All Childrens Go to Heaven 2

He is a wookiee

Beast played the Ghost of Christmas Past in Trent's Christmas Carol

Beast played the Iron Giant in The Iron Beast

Beast played William in Titanic: The Legend Goes On (Disney and Sega Style)

He is an Ex-Sith Lord

Beast played Alan in A Horstachio in Central Park

Beast played The Cave of Wonders in Kaaladdin

He is a cave

He is a Deer

Beast played The Fiddler in Beast on the Roof

He is a Fiddler

He is a playable with Nicole Desaulniers

He is a crows nest

He is a non-playable

Beast first appeared as Tarzan mistook him for the captain, who appeared to be Jane.Later,he complimented by Jane. The crew member he was most suspicious of is Mouse King, his suspicions were correct as Mouse King was very evil and murderous. One night a nearby star went supernova and soon began to form into a black hole. The crew ties themselves to ships to prevent them from being sucked away. Meanwhile, while everyone else is focused on saving their own lives, Mouse King sneaks onto the ship's mast and cuts Beast's lifeline causing him to fall into the singularity of the black hole, where he is obliterated by the later explosion. His death is ruled as an accident and no one finds out until Mouse King tells the crew after the event, putting the blame on Hiro. 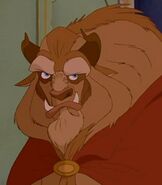 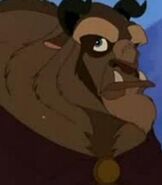 Beast in Beauty and the Beast 2: The Enchanted Christmas 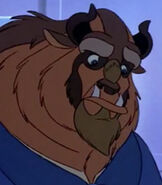 Beast in Beauty and the Beast 3: Belle's Magical World 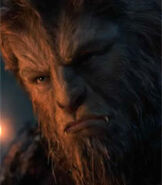 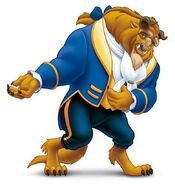