is a species of snake in the family Colubridae. The species is native to the eastern and southeastern regions of Asia. O. taeniurus is a long, thin, semi-arboreal species of snake with several recognized subspecies.This constrictor feeds on rodents, and though it is favored in some locations as a natural pest control or pet, it is also considered an invasive species in other locations. 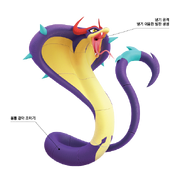