Bendy To The Rescue

Perdita has forgotten her music homework, a song sheet with lyrics written in English and Spanish. Bendy must get it to school before school starts.

Characters Presenting On Bendy To The Rescue

I Speak Spanish and English

Rolly and Patch as Tico 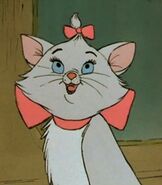 Daisy the Cow as La Maestra

Bob the Builder as Roberto