The Parody Wiki
Register
Don't have an account?
Sign In
Advertisement
in: Characters, Animals, Asian Animals,
and 58 more

One of only two carnivores with a prehensile tail, the other being the kinkajou (Potos flavus), the binturong (Arctictis binturong) is a distinctive civet that skilfully traverses the canopy of tall tropical forests. A heavily built, robust civet with a fearsome appearance, the binturong has a pelage of long, course hairs that are a lustrous black, often with contrasting grey tips. A scattering of grey and buff covers the head, and black tufts with white margins protrude prominently from the ears. The binturong forms a distinct genus, with nine described subspecies, although the Palawan Island population (Arctictis binturong whitei) is often considered as a separate species. 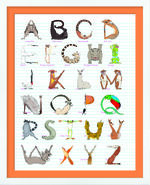 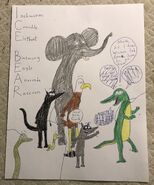 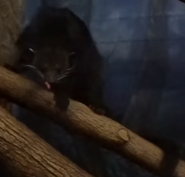 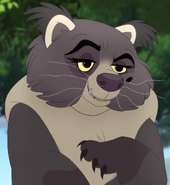