The Parody Wiki
Register
Don't have an account?
Sign In
Advertisement
in: Characters, Animals, North American Animals,
and 147 more

Named for their dog-like yip, prairie dogs are in fact rather large, stout, ground-dwelling squirrels. The black-tailed prairie dog (Cynomys ludovicianus) is generally tan to pinkish-brown above and whitish to buff coloured below, and is named for the distinctive and diagnostic black tip to its short tail. Coat colour varies slightly with the seasons, with body hair being tipped black in winter but white in summer. The head is round with large black eyes and tiny round ears. 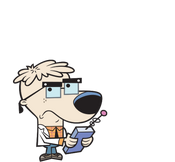 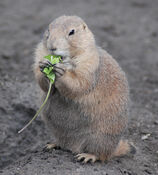 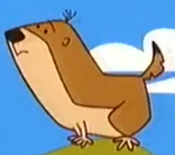 Jungle Emperor the brave can change the future