After his wife is killed in a car accident, news anchorman Danny Tanner recruits his brother-in-law Jesse Katsopolis (a rock musician) and best friend Joey Gladstone (who works as a stand-up comedian) to help raise his three young daughters: 10-year-old D.J., 5-year-old Stephanie, and 10-month-old Michelle, in his San Francisco home. Over time, the three men as well as the children bond and become closer to one another. In season two, Danny is reassigned from his duties as sports anchor by his television station to become co-host of a local morning television show, Wake Up, San Francisco, and is teamed up with Nebraska native Rebecca Donaldson. Jesse and Becky eventually fall in love, and get married in season four. In season five, Becky gives birth to twin sons, Nicky and Alex and especially Aaron, Teddy, Derek, Lisa, Denise, Harry Takayama, Rusty, Walter and the group.

The Episodes Are Going To Be Followed In Every Kids World's Adventures Movie by TheCartoonMan12. 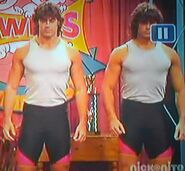 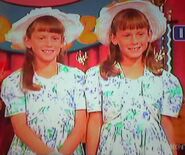 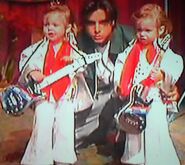 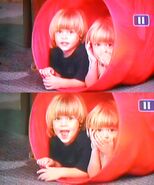 Add a photo to this gallery
Retrieved from "https://parody.fandom.com/wiki/Blake_Foster%27s_Adventures_of_Full_House?oldid=1621312"
Community content is available under CC-BY-SA unless otherwise noted.