101 "A New Friend": Maxx is nervous about meeting the new kid in the neighborhood, til Dooley reminds her of how they met.
102 "A Safe Place": M.A.R.T.I.E. nearly has an accident, and Dooley and the kids learn about safety.
103 "3 Ring Circus": The kids bring the circus to Dooley, and Nick learns that new talents take practice.
104 "Be Good to Your Mother": The kids help Mom finish her yard chores, and learn about protecting Mother Earth too.
105 "Home Sweet Home": When Dooley teaches the kids about space, he becomes homesick. The kids help him see that it's okay to miss familiar things and people when you're far away.
106 "The Four Seasons": The kids and M.A.R.T.I.E. learn about the seasons when they try to build a weather machine.
107 "Surprise!": Dooley has a birthday, and everyone learns how different people celebrate different occasions.
108 "Adventure": The kids want to show Dooley about the rainforest, but when his DooleyVision breaks down, they take the trip in their imaginations, instead.
109 "Work and Play": M.A.R.T.I.E. leaves the spaceship a mess, but when the kids clean up, Nick learns a lesson about cooperation.
110 "See You Later": The gang finds out that Chris is moving, and learn about saying goodbye.
111 "The Grumpies": When Maxx gets into a bad mood, "the Grumpies" spread through the gang. Dooley shows them that talking about bad feelings makes them easier to get rid of.
112 "Family Circle":Dooley misses his family, and Chris deals with the imminent arrival of a new baby sister. Everyone learns that a family can take many different forms.
113 "Rainy Day Blues": When bad weather forces them to cancel a picnic, Dooley and the kids find new ways to have fun on a rainy day, and learn how to handle disappointment when plans have to change.
114 "Feeling Icky": When Nick gets a cold, the kids teach Dooley about going to the doctor.
115 "Playing School": Since M.A.R.T.I.E and Dooley can't go to school, the kids show them what school is all about.
116 "Mine, Mine, Mine!": Maxx and Chris argue over who gets to choose what to watch on DooleyVision, and everyone learns about sharing and taking turns.
117 "We Are All Special": Dooley feels bad because he can't decide on something "special" to do for the gang's talent show. The kids show him he's special just by being Dooley.
118 "Dooley's Missing Treasure": Dooley loses his favorite stuffed toy, and the kids teach him about "a place for everything".
119 "The Green-Eyed Monster": Jealousy is making the rounds of the neighborhood kids--everyone wants what someone else has got. Dooley and Ms. Z. help them defeat the "green-eyed monster" of jealousy.
120 "Sweet Dooley Dreams": Dooley can't sleep, so the kids teach him about nighttime routines.
121 "Sticks and Stones":
122 "Promises, Promises": Ashley promises Dooley and Maxx to make a friends mural, but Maxx is worried that Ashley forgot.
123 "Dooley Cries Wolf":
124 "A Snack To Remember":
125 "Pet Responsibility":
126 "Taking Care of Business":
127 "The Great Pretender":
128 "Dooley's New Shoes":
129 "The Five Senses:"
130 "Things That Go Bump in the Spaceship":
131 "Dance to Your Own Beat":
132 "Great Outdoors":
133 "The Dentist":
134 "We're All Different":
135 "Monkey See, Monkey Do":
136 "When the Chip is Down":
137 "I Love a Parade":
138 "A Safer Day":
139 "One Tin Robot Rides Away": 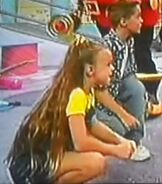 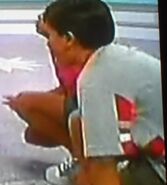 Add a photo to this gallery
Retrieved from "https://parody.fandom.com/wiki/Blake_Foster%27s_Adventures_of_The_Dooley_%26_Pals_Show?oldid=1435882"
Community content is available under CC-BY-SA unless otherwise noted.