Start a Wiki
Blake Foster's Adventures of The Little Rascals is another Blake Foster crossover film planned by TheCartoonMan12 on YouTube in the near future.

Blake Foster, Winnie The Pooh, Littlefoot, Ash, Simba, SpongeBob, Cartman, and the rest of the whole characters and featuring the first debut of Devon and Cornwall) go into a He-Man Women Haters' club and meet a gang of Little Rascals.

Spanky is the president of the "He-Man Woman ('woman' is misspelled as 'womun') Haters Club" with many school-aged boys from around the neighborhood as members. Alfalfa, Spanky's best friend, has been chosen as the driver for the club's prize-winning undefeated go-kart, "The Blur", in the annual Soap Box Derby style race. Unfortunately, when the announcement is made, Alfalfa is nowhere to be found.

The boys catch Alfalfa in the company of Darla, whom he invites to the clubhouse for a picnic. The club's members try their hardest to break the two apart, eventually causing their beloved clubhouse to burn down. Darla is mistakenly led to believe Alfalfa feels ashamed of her, so she turns her attentions toward Waldo (played by Blake McIver Ewing), the new kid in town whose father (played by Donald Trump) is an oil tycoon. Spanky, Stymie and friends punish Alfalfa by assigning him to guard the go-kart day and night until the day of the race. Until that day comes, Alfalfa makes several attempts to woo back Darla, including sending her a fake love note; when that fails, Alfalfa and Spanky pay Darla a visit at her ballet recital which also fails when Alfalfa is stuck running around in his underwear. At the carnival the day before the race, Alfalfa serenades Darla, burping out soap bubbles in the process.

In order to rebuild their clubhouse, the boys try to fund-raise the cost of lumber, $450. But the youngest ones, Porky and Buckwheat, have unknowingly come up with $500. Their school teacher, Miss Crabtree, finds out about the scheme and confronts them, but Spanky convinces her to use the funds as prize money for the go-kart derby.

"The Blur" is stolen by local bullies Butch and Woim. In addition to having to rebuild the clubhouse, the boys now need a new set of wheels. They band together to build "Blur 2: The Sequel." Prior to race day, Spanky and Alfalfa reconcile and decide to ride in the two-seat go-kart together. They hope to win the prize money and the trophy, to be presented to the winners by the greatest racer of all, "A.J. Ferguson."

Butch and Woim make several sneaky attempts to stop Alfalfa and Spanky from winning the race. Waldo, who (seemingly) kicks out Darla from his race car, pulls a few tricks of his own. It's a wild race to the finish, but "Blur 2" crosses the finish line ahead of the pack (and resulting in a photo-finish between "The Blur, and "The Blur 2" literally "by a hair" due to Alfalfa's pointy hairstyle.), despite the many scrapes and crashes throughout the derby. When Butch and Woim try to beat up Alfalfa, he knocks Butch into pig slop and Woim throws himself into the pig slop.

Along with first prize, Alfalfa also wins back Darla's heart after it is revealed that Darla kicked Waldo out of the car, not the opposite. Spanky, meanwhile, is shocked at the trophy presentation when he finally meets his favorite driver, A.J. Ferguson - who turns out to be "a girl!" (Reba McIntyre) Spanky confesses to Darla that he and the boys pulled the pranks on her not Alfalfa. As soon as the club house is rebuilt, the boys collectively have a change of heart toward membership and welcome Darla and friends to their club, with "Women Welcome" added to the sign. 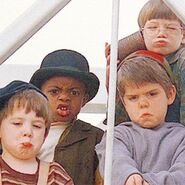 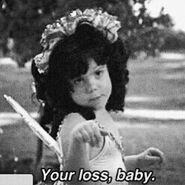 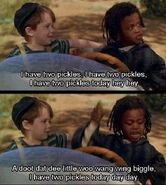 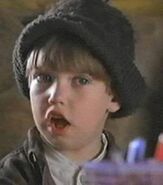 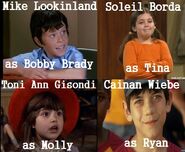 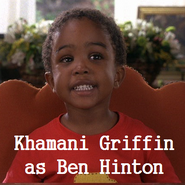 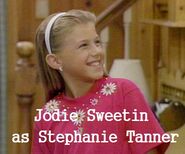 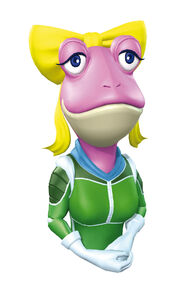 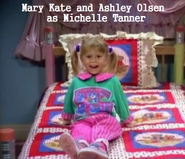 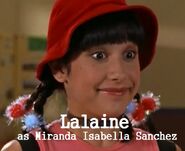 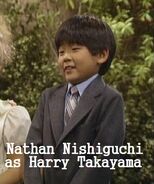 Add a photo to this gallery
Retrieved from "https://parody.fandom.com/wiki/Blake_Foster%27s_Adventures_of_The_Little_Rascals?oldid=1510235"
Community content is available under CC-BY-SA unless otherwise noted.