The Parody Wiki
Register
Don't have an account?
Sign In
Advertisement
in: Characters, Animals, North American Animals,
and 94 more

Owing its common name to its short ‘bobbed’ tail, the bobcat (Lynx rufus) has the widest distribution of any native cat in North America Like other lynxes, it has long legs relative to its body size, a small head and a ruff of fur that extends from the ears to the jowls. The ears are large, but the black tufts at the tips are less conspicuous than those of its congeners, and may be absent entirely. The coat is short, soft and dense, and is generally various shades of buff brown, although some may have a rufous tint, and marked with dark streaks and spots. The undersides are lighter in colour with black spots, and the short tail has a black tip on the upper side but is white underneath . Males are typically larger than females, and there is also significant geographic variation in size, with bobcats in the north tending to be larger than those in the south. Twelve subspecies of the bobcat are currently recognized. 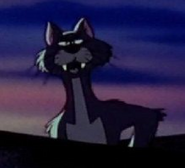 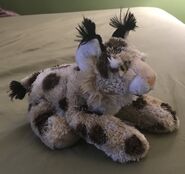 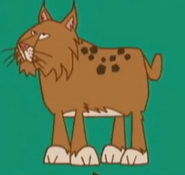 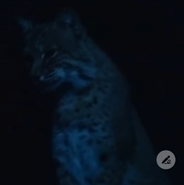