The Parody Wiki
Register
Don't have an account?
Sign In
Advertisement
in: Characters, Animals, African Animals,
and 46 more

Together with the common chimpanzee (Pan troglodytes), the bonobo (Pan paniscus) is man's closest living relative. Although a similar size to the better-known chimp, the bonobo is often referred to as the pygmy chimpanzee due to the more slender body shape of this species. Like chimpanzees, bonobos have longer forearms than legs, long fingers and mobile shoulder joints. The coat is black although it may turn grey with age and, in contrast to chimpanzees, the face is black, and the hair on the crown projects sideways, as opposed to backwards. The bonobo is only found in one country, the Democratic Republic of Congo. Bonobos live in very large groups, of up to 150 members. Bonobos were the last great ape species to be discovered. 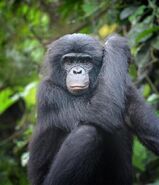 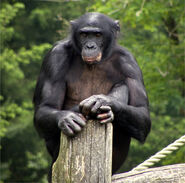 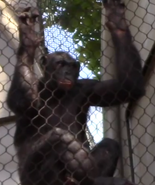 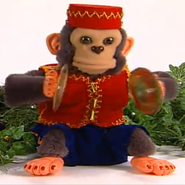