The Parody Wiki
Register
Don't have an account?
Sign In
Advertisement
in: Characters, Animals, African Animals,
and 47 more

There are two very distinct subspecies of this handsome African antelope, the bontebok (Damaliscus pygargus pygargus) and the blesbok (D. p. phillipsi), both of which are extinct as wild animals and owe their survival to their existence in National Parks, game reserves, and on farms. The antelope was once considered endangered in the 19th century. Their body is compact with a short neck and long narrow face, and both sexes carry simple, lyre-shaped horns, although the female’s are more slender. The beautiful bontebok, perhaps the rarest antelope in southern Africa, has a rich brown coat with a purplish gloss, and a distinctive white face, white buttocks, white belly and white ‘socks’. The white facial blaze is usually unbroken which distinguishes it from the blesbok, whose white blaze is normally broken by a brown band between the eyes. The blesbok also differs by having a dull reddish-brown coat, which lacks the purple gloss, with lighter brown buttocks and off-white lower legs. 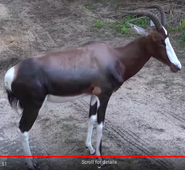 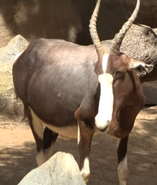 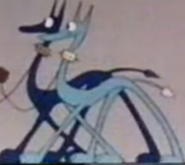