The Parody Wiki
Register
Don't have an account?
Sign In
Advertisement
in: Children, Childs, Young Characters,
and 14 more

Brandon Quintin Adams (born August 22, 1979) is an American actor, known for having played Jesse Hall in the first two Mighty Ducks movies and Kenny DeNunez in The Sandlot. He also played in the 1989 film Polly as Jimmy Bean.

Adams has also appeared in The Fresh Prince of Bel-Air, Martin, Michael Jackson's Moonwalker where he played Zeke in the "Smooth Criminal" segment and Young Michael in the "Badder" segment, a parody of Jackson's classic video for "Bad", and was the leading actor in Wes Craven's The People Under the Stairs. He also provided the voice of Rai in Kingdom Hearts II. He also appeared in the sitcom Night Court on NBC which ran from 1984 to 1992. 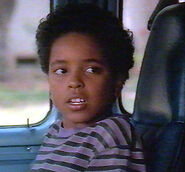 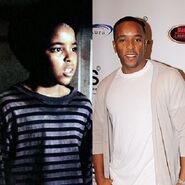 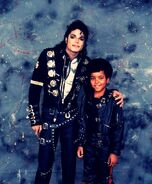 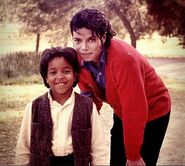