The Parody Wiki
Register
Don't have an account?
Sign In
Advertisement
in: Silurian Animals, Scorpions, Extinct Animals,
and 9 more

Brontoscorpio anglicus is a species of fossil scorpion. Its remains were discovered in Upper Silurian-aged sandstone

from Trimpley, Worcestershire, and the species was described on the basis of an incomplete single free finger of a pedipalp, almost 10 centimetres (3.9 in) long.The complete animal is estimated to be at least 90 centimetres (35 in) long.[1] Its carnivorous diet may have consisted of worms or other arthropods. 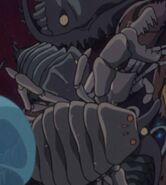 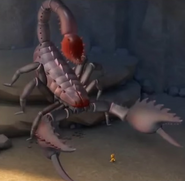