Unlike other pelicans, the brown pelican (Pelecanus occidentalis) hunts by diving into water with wings partly folded in order to catch prey. During the breeding season, the female brown pelican lays 2 to 3 eggs. Usually nesting on the ground, the brown pelican will also sometimes nest in trees or on cliffs. A colonial species, brown pelicans live in large flocks throughout the year. The brown pelican is symbolized as the state bird of Louisiana. 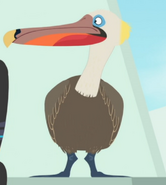 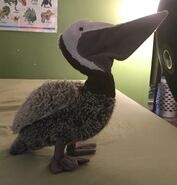 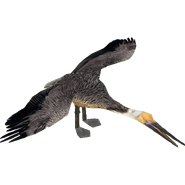 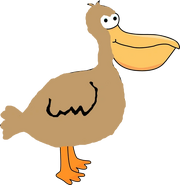