The Parody Wiki
Register
Don't have an account?
Sign In
Advertisement
in: Characters, Animals, Australian Animals,
and 70 more

The budgerigar (Melopsittacus undulatus) is a long-tailed, seed-eating parrot usually nicknamed the budgie, or in American English, the parakeet. Budgies are the only species in the genus Melopsittacus. Naturally, the species is green and yellow with black, scalloped markings on the nape, back, and wings. Budgies are bred in captivity with coloring of blues, whites, yellows, greys, and even with small crests. Juveniles and chicks are monomorphic, while adults are told apart by their cere coloring, and their behavior. The origin of the budgie's name is unclear. First recorded in 1805, budgerigars are popular pets around the world due to their small size, low cost, and ability to mimic human speech. They are the third most popular pet in the world, after the domesticated dog and cat. Budgies are nomadic flock parakeets that have been bred in captivity since the 19th century. In both captivity and the wild, budgerigars breed opportunistically and in pairs. It is found wild throughout the drier parts of Australia, where it has survived harsh inland conditions for over five million years. Its success can be attributed to a nomadic lifestyle and its ability to breed while on the move. The budgerigar is closely related to lories and the fig parrots. Budgerigars are nomadic and flocks move on from sites as environmental conditions change. Budgerigars are found in open habitats, primarily in scrublands, open woodlands, and grasslands of Australia. The birds are normally found in small flocks, but can form very large flocks under favourable conditions. The nomadic movement of the flocks is tied to the availability of food and water.[19] Drought can drive flocks into more wooded habitat or coastal areas. They feed on the seeds of spinifex and grass, and sometimes ripening wheat. Outside of Australia, the only long-term establishment of naturalized feral budgerigars is a large population near St. Petersburg, Florida. Increased competition for nesting sites from European starlings and house sparrows is thought to be a primary cause of the Florida population declining from the 1980s. The more consistent, year-round conditions in Florida significantly reduced their nomadic behavior. They have been introduced to various countries and locations, mostly in the Caribbean and East Asia: Puerto Rico, Florida, the Dominican Republic, the Cayman Islands, Jamaica, Mexico, Hong Kong, Taiwan, and Japan. Budgerigars feed primarily on grass seeds. The species also opportunistically depredates growing cereal crops and lawn grass seeds. 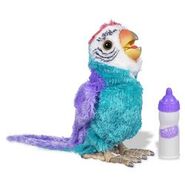 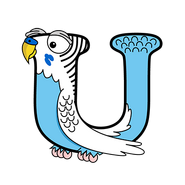