The Parody Wiki
Register
Don't have an account?
Sign In
Advertisement
in: Characters, Animals, North American Animals,
and 116 more

A large and distinctive waterbird, the Canada goose (Branta canadensis) (Say it: BRANT-uh can-uh-den-suss) can easily be recognized by its long black neck, black head and conspicuous white cheek patches, which extend under the chin. The rest of the body is largely brown, with paler underparts and a white undertail, and there is sometimes a white ring around the base of the neck.. The feathers on the Canada goose’s body have pale edges, forming bar-like markings. This species’ tail is black. The Canada goose typically mates for life, and pairs remain together year-round. Many Canada goose populations undertake long migration flights, with flocks travelling in a distinctive ‘V’ formation. 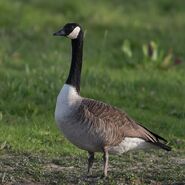 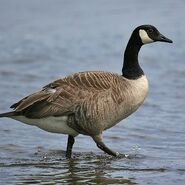 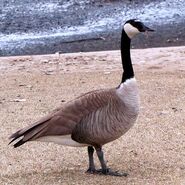 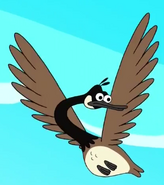 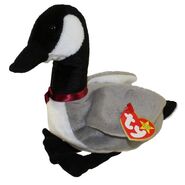 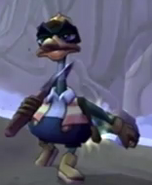 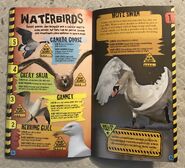