The Parody Wiki
Register
Don't have an account?
Sign In
Advertisement
in: Characters, Animals, South American Animals,
and 44 more

The much maligned venomous cane toads (Rhinella marina) earned their bad reputation shortly after being released into the Australian ecology in 1935 with the hope that they would control the destructive cane beetle population. They turned out to be failures at controlling beetles, but remarkably successful at reproducing and spreading themselves. About 3,000 cane toads were released in the sugarcane plantations of north Queensland in 1935. They now number well into the millions, and their still expanding range covers thousands of square miles in northeastern Australia. They are considered pests, and government eradication efforts include asking residents to help collect and dispose of them. Cane toads are large, stocky amphibians with dry, warty skin, and are native to the southern United States, Central America, and tropical South America. Their numbers are manageable in their natural range, but they have thrived in Australia because there are few natural predators, they breed easily, and they have abundant food, including pet food, which they steal from feeding bowls left outside of homes. Their effects on Australia's ecology include the depletion of native species that die eating cane toads; the poisoning of pets and humans; depletion of native fauna preyed on by cane toads; and reduced prey populations for native insectivores, such as skinks. Cane toad venom is a mix of toxins that primarily affects the functioning of the heart. It is present throughout their bodies and is secreted as a milky liquid from the parotoid glands located over the toad's shoulders. Envenomation is painful, but rarely deadly to humans, although some people have died from eating cane toads and even their eggs. 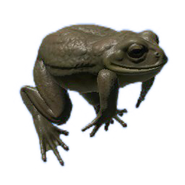 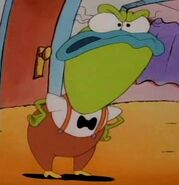 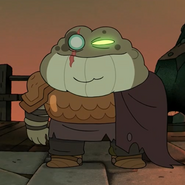