The Parody Wiki
Register
Don't have an account?
Sign In
Advertisement
in: Characters, Animals, African Animals,
and 99 more

The caracal (Caracal caracal) is a slender, graceful cat with a short, dense coat and distinctive, long, black-tufted ears. The body colour varies from reddish-brown to tawny-grey, but occasionally entirely black “melanistic” individuals may occur. The chin, throat and underparts are white, with pale red spots or blotches on the belly and the insides of the legs that vary from very faint to distinct in different individuals. Distinctive narrow black stripes run from the eye to the nose and down the centre of the forehead, and the eyes are yellow-brown, with the pupil contracting to a circle rather than a slit. The caracal produces a range of vocalisations, including miaows, growls, hisses and coughing calls. The caracal is a fearsome predator with remarkable speed and agility, allowing it to tackle prey up to three times its size. With its strong and lengthy hind legs, the caracal is able to leap up to three metres in the air to catch flying birds. The caracal’s impressive leaping ability once led to the species being trained to hunt game birds for the Persian and Indian royalty. Being the fastest cat of its size, the caracal is able to run down prey such as small antelopes and hares. 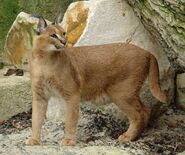 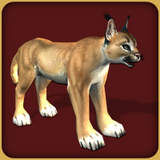 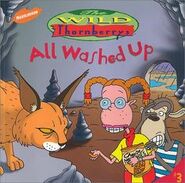 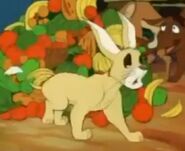 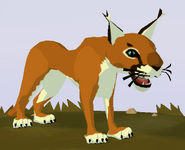 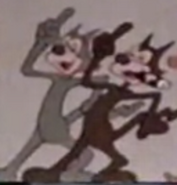