Davidchannel's movie-spoofs of New Horizon's 1993 Science Fiction/Horror film Carnosaur. Loosely Based on the novel with the same name by Harry Adam Knight under the pseudonym of John Brosnan.

Dr. Dianne "Di" Amara has withdrawn from public life to conduct sequestered research for the Eunice Corporation. The DARPA is wary of her work with genetically modified chickens but cannot legally interfere in her research. While in transport, one of Amara's chickens hatches a reptilian creature which kills the driver and escapes. Meanwhile, near her laboratory in the small town of Climax, Nevada, the populace begin suffering from a mysterious illness with flu-like symptoms.

At a neighboring Eunice-owned quarry, watchman Wreck-it Ralph protects excavation equipment from environmentalists. He reports a trespasser, Merida, but Sheriff Buzz Lightyear is investigating a series of gruesome killings, perpetrated by Amara's missing creature, a Deinonychus. Among the victims is the daughter of Eunice employee Orso Knox, but before he raises any suspicion to her research, Dianne lures him into a laser-protected dinosaur pen where a fully grown Tyrannosaurus rex devours him.

Despite the deaths, Merida and a group of activists handcuff themselves to excavation equipment in a form of protest. They are encountered by the Deinonychus and everyone except Merida is slaughtered. Still in shock, Merida is brought back by Ralph to his trailer, where she survives another attack by the creature. Ralph discovers a truck with two corpses belonging to Eunice and contacts Dianne on the vehicle's radio, deducing the creature originated from her facility. As he approaches the lab, Buzz discovers a dinosaur embryo in a carton of eggs and takes it for investigation.

Ralph infiltrates Dianne's laboratory and, at gunpoint, she reveals her experiment subjects to him. The town's mysterious illness is caused by infected chicken eggs, which contain a lethal airborne virus and impregnate women with dinosaur embryos. Her objective is to exterminate the human race, which Dianne faults as disastrous, and enable dinosaurs to repopulate the Earth. News of the town's deaths reach Eunice sponsors who trace it to Dianne. In response, the government places the community under quarantine and resolves to kill civilians — infected or not — on sight.

With the illness rapidly spreading, Buzz responds to a disturbance at a kennel. He confronts the Deinonychus, but both he and the creature suffer fatal wounds in the exchange. Top governmental officials, in a secure underground bunker, also begin plotting the repopulation of the human race in response to the virus; they envision a new social order prograted by strict fertilization policies and artificial wombs. At the laboratory, Ralph attempts to escape with a cure to the illness and mistakenly enters the dinosaur pen. Tiptree releases the T-Rex which pursues Ralph out of the facility. Infected herself, Dianne births a dinosaur and succumbs to the illness.

Ralph returns to Merida, who has been exposed to the illness. The T-Rex enters the quarry where Ralph battles the creature using a Backhoe loader, impaling and killing the creature with Merida's assistance. After injecting her with the serum, Ralph is killed by government soldiers alerted to his presence, and both his and Merida's bodies are burned. 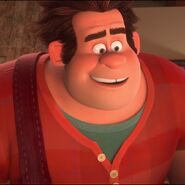 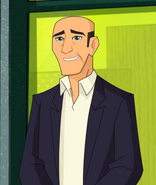 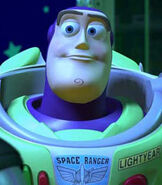 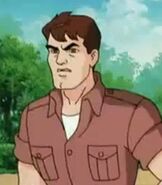 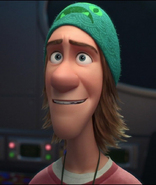 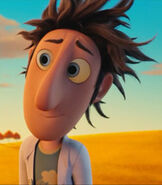 Retrieved from "https://parody.fandom.com/wiki/Carnosaur_(1993)_(Davidchannel%27s_Version)?oldid=2075829"
Community content is available under CC-BY-SA unless otherwise noted.