The Parody Wiki
Register
Don't have an account?
Sign In
Advertisement
in: Foreign Characters, Antagonists, Protagonists,
and 41 more

Carol (Where The Wild Things Are)

Carol is a major character in the live-action adaptation of Where The Wild Things Are - the most impulsive of the Wild Things his behavior worsens throughout the course of the film until he unleashes his inner-monster and becomes an outright antagonist.

Carol was prone to violent temper tantrums and wished for all the Wild Things to stay together, which put him at odds with K.W. - who was more solitary in nature and often wandered away. Carol became friends with Max but was always unpredictable, eventually Carol's anger and fears reach breaking point when Douglas tries to convince him Max is not really a king. In raging anger Carol lost his temper and rips off Douglas' arm and went on a rampage, chasing Max through the forest and threatening to eat him - however K.W. thinks quickly and saves Max by hiding him in her stomach.

With Max relatively safe K.W. proceeds to argue with Carol over his behavior - explaining that life on the island was difficult and Carol's constant temper tantrums were only serving to worsen things. As Carol leaves Max realises what his own mother was going through in relation to his own behavior and decides to leave the island. Max then goes to a more placid Carol to inform him that he is leaving as he is not a true king and Carol seems to have a change of heart when he finds a token of affection left by Max for him and the previously vicious Wild Thing ran to bid his friend farewell - seemingly redeemed (at least as much as any Wild Thing could be). Carol was voiced by the late James Gandolfini who was best known as Tony Soprano in The Sopranos. 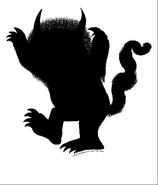 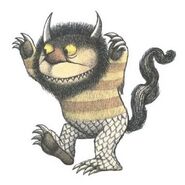