Carrie tells us a story on how she first got her Marina and uses it from that day on.

Carrie tells us the time where she first got her Marina. It all started when Carrie was looking for her library books. Carrie finds the library books and counts to make sure that there was a total of 8. She had to bring back all 8 books to library before it closes or they'll be late. Carrie tries to carry all 8 books by hand but they were heavy. And that's when Carrie's parents had something to help her carry the books to the library, it was a Marina. Carrie thanked her parents. Marina tells Carrie that she can carry lots of stuff. Carrie tells her parents that Marina can speak Spanish and English just like her. 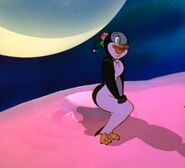 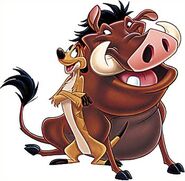 Calvin's Liquid Jar falls in the river and wants to get it back because he love his Liquid Jar.

That Afternoon, Carrie Went Fishing To Catch A Jar. 3 Minutes Later...... Carrie Caught A Cup. And Carrie Told You "What Are They?" Carrie Said "What?" and She Said "Boots" Calvin Said "That's My Name, His Name is Calvin" Calvin Meets and Greets Carrie and Hugs Calvin. and Said "Hi Calvin" and They Swung On A Vine Down and Carrie Found Something In The River. Look Calvin,It's A Pair Of Yellow Boots. Calvin Laughed and Said "Boots! That's Funny" Calvin Hanged On A Vine and Said "Boots, Boots, Boots, Boots" and They Laughed. Calvin Handstaned his Hands and Sang "I Love My Boots" and Released The Boot In Calvin's Foot. and Told Timon and Pumbaa To Go Across The Bridge, Past The Froggy Rocks ,and Get To The Waterfall. They Found A Boat With That Costs 12 Cents and Holes. Carrie and Calvin Counted The Holes. To Find What Is Out. The Pieces Fit On The Boat. They Herd Scar and They Stopped Scar. and Carrie and Calvin Put The Boat Down In The River,and Calvin Hopped In The Boat. Carrie Sang The Travel Song. The Canoe Hit The Bridge and The Bridge Is Stuck. Berlioz Needed Help. He's Fishing Too. To Get The Tablets Opened They Said "Abre" They Went Under It. They Ducked Under 3 Branches. and They Went To The Froggy Rocks. The Froggy Rocks Are Blocking Their Path. They Rowed Pass The Rocks. and The Rocks Are Gone. They Saw A Waterfall. and The Boot Went Over The Waterfall. The Boot Might Be Down The Fall. Catching Up To The Jar. They Went Down A River Slide. and They Find The Boot. It Is Red. This Is Red. Is This The Boot? No, That Is A Red Fish . Is This The Boot In The River? Yes, You Found The Boot. Carrie Needs Your Help. Carrie Checks Marina and She Knows What You Need. Can A Doll Carry Up The Boot? Can Maracas Carry Up The Boot? Can A Rod Carry Up The Boot? Right! A Rod Can Do It! Smart Looking! This Penguin Putted All The Stuff Back. Calvin Winded Up The Boot. Then Carrie and Calvin Saw Dirty Dawson and Stopped him. and Calvin Loved Their Jar. They Singed "I Love My Boots" Again. Carrie and Calvin Did The We Did It Dance. Carrie's Favorite Part Was Going Down A River Slide. and Calvin's Favorite Part Was Getting The Boot Back. Carrie Couldn't Have Done It Without You. Thanks For Helping 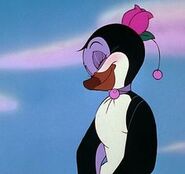 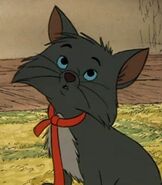 Retrieved from "https://parody.fandom.com/wiki/Carrie_Cavewoman_The_Explorer:_Carrie%27s_Marina_Adventure?oldid=1168875"
Community content is available under CC-BY-SA unless otherwise noted.