The Parody Wiki
Register
Don't have an account?
Sign In
Advertisement
in: Characters, Animals, African Animals,
and 73 more

The only species in its genus, the cattle egret (Bubulcus ibis) gains its common name from its habit of commonly wandering alongside herds of cattle. It is stocky in build, has a slightly hunched posture and white-grey plumage. In the breeding season, the feathers on the head and back turn an orange-red and, remarkably, the irises and bill turn the same orange-red. The sexes differ in size and appearance, but only slightly; the male is marginally larger and has longer breeding plumes during the mating season. The cattle egret is generally a quiet bird; however, it can sometimes give a coarse, throaty call, especially during the mating season. 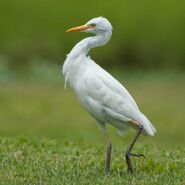 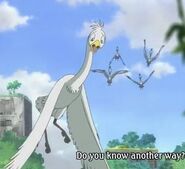 Jungle Emperor: the brave can change the future (2009) 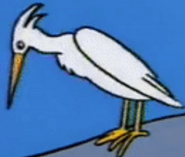 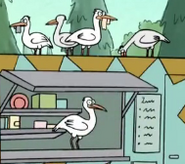 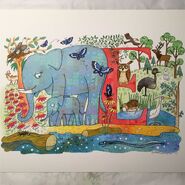 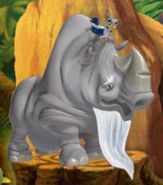 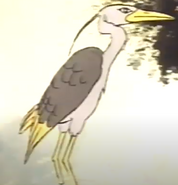