The Parody Wiki
Register
Don't have an account?
Sign In
Advertisement
in: Characters, Animals, Ocean Animals,
and 38 more

The chambered nautilus, Nautilus pompilius, also called the pearly nautilus, is the best-known species of nautilus. The shell, when cut away, reveals a lining of lustrous nacre and displays a nearly perfect equiangular spiral, although it is not a golden spiral. The shell exhibits countershading, being light on the bottom and dark on top. This is to help avoid predators, because when seen from above, it blends in with the darkness of the sea, and when seen from below, it blends in with the light coming from above. The range of the chambered nautilus encompasses much of the south Pacific; It has been found near reefs and on the seafloor off of the coasts of Australia, Japan, and Micronesia. The eyes of the chambered nautilus, like those of all Nautilus species, are more primitive than those of most other cephalopods; the eye has no lens and thus is comparable to a pinhole camera. The species has about 90 tentacles with no suckers, which is also different from other cephalopods. Chambered nautiluses, again like all members of the genus, have a pair of rhinophores located near each eye which detect chemicals, and use olfaction and chemotaxis to find their food. (not verified in body) The oldest fossils of the species are known from Early Pleistocene sediments deposited off the coast of Luzon in the Philippines. Although once thought to be a living fossil, the Chambered Nautilus is now considered taxonomically very different from ancient ammonites, and the recent fossil record surrounding the species shows more genetic diversity among Nautiluses now than has been found since the extinction of the dinosaurs. Indeed, the taxon of the Chambered Nautilus, "Nautilus pompilus" is actually a grouping of tens of different species of Nautilus under one name. In 2011, scientists became alarmed at declining populations of nautilus resulting from overfishing, and have been studying world populations to determine the need for protection under the United Nations Convention on International Trade in Endangered Species. As of the 4th of Oct, 2016 at 8:15 pm during CITES Cop17 in Africa, all Nautilids were adopted into Appendix 2. Offering them higher protection from massive trade demand. 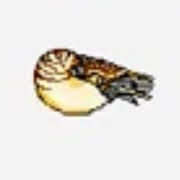 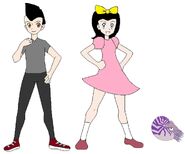 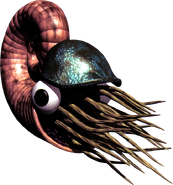