The Parody Wiki
Register
Don't have an account?
Sign In
Advertisement
in: Characters, Animals, Dinosaurs,
and 29 more

Chasmosaurus is a genus of ceratopsid dinosaur from the Upper Cretaceous Period of North America. Its name means 'opening lizard', referring to the large openings (fenestrae) in its frill (Greek chasma meaning 'opening' or 'hollow' or 'gulf' and sauros meaning 'lizard'). With a length of 4.3–4.8 metres (14–16 ft) and a weight of 1.5–2 tonnes (1.7–2.2 short tons), Chasmosaurus was a ceratopsian of average size. Like all ceratopsians, it was purely herbivorous. It was initially to be called Protorosaurus, but this name had been previously published for another animal. All specimens of Chasmosaurus were collected from the Dinosaur Park Formation of the Dinosaur Provincial Park of Alberta, Canada. C. russelli comes from the lower beds of the formation while C. belli comes from middle and upper beds. 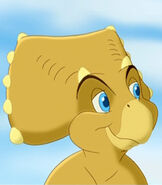 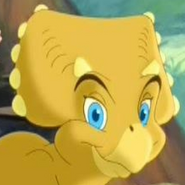 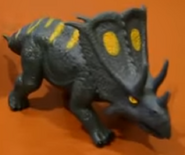 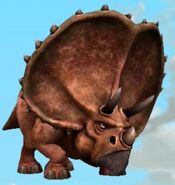 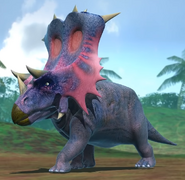 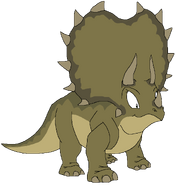 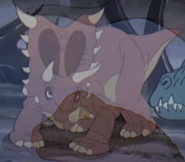 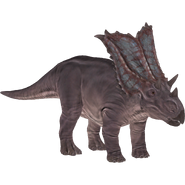