The Parody Wiki
Register
Don't have an account?
Sign In
Advertisement
in: Characters, Humans, Females,
and 178 more

Chloe Bourgeois (aka Queen Bee) is the daughter of André Bourgeois, the mayor of Paris and Audrey Bourgeois, a fashion star. She's also a fan of Ladybug who unknown to her is her rival, Marinette. Since she's the daughter of the mayor, she can get away with pretty much anything with no repercussions and is responsible for people to be akumatized. However, she herself was akumatized at one point or another. She even became Queen Bee, to make up for her past actions, until Miraculer who was forced to give it back. As of Miracle Queen, she is Hawk Moth's ally. In "Antibug", after Ladybug ignores her suggestions on how to beat Vanisher and calls her a liar, she is infected with an akuma by Hawk Moth and becomes Antibug, a supervillain that has the same outfit and the same abilities as Ladybug.

In "Style Queen", after Ladybug lost the Bee Miraculous that she wanted to entrust to Alya Césaire, Chloé found the Bee Miraculous and she, when the Miraculous was inhabited by Pollen, became Queen Bee (Queen B in the French version), a bee-themed superhero who helped Ladybug and Cat Noir "during particularly difficult missions" in the second season and season 3.

Later in "Queen Wasp", after a failed attempt at trying to impress her mother, Chloé is once again akumatized by Hawk Moth and becomes Queen Wasp, a wasp-themed villain. In "Mayura", during the fight with Scarlet Moth, Queen Bee is reakumatized into a scarlet version of Queen Wasp.

As of "Miraculer", Ladybug will no longer call upon Chloé to be Queen Bee due to the risk her identity being public knowledge places upon both Chloé and her family.

In "Heart Hunter", after being passed over too many times by Ladybug and at Hawk Moth's manipulations, Chloé gets akumatized into Miracle Queen, a villain who can control Miraculous holders where she is to set in motion for Hawk Moth's "elaborate mortal plan".

In "Miracle Queen", after being deakumatized by Ladybug and losing both her army of superheroes, the Miracle Box, and the Bee Miraculous, Chloé becomes bitter towards Ladybug and claims she will no longer be her fan and friend, being then expelled for good from the French Miraculous superhero team.

In "Queen Banana", after being removed from the movie Terrificator and having her half-sister be the main character, Chloé is akumatized and amokized by Shadow Moth into Queen Banana, a banana-themed supervillain and her emotions form the banana-themed gorilla sentimonster. 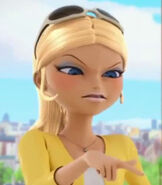 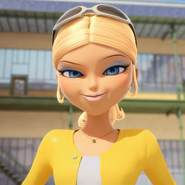 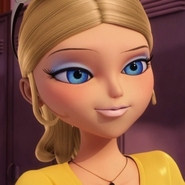 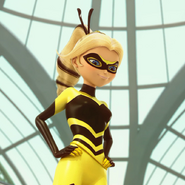 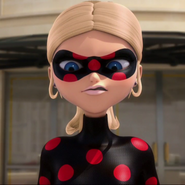 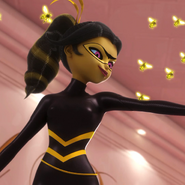 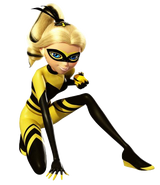 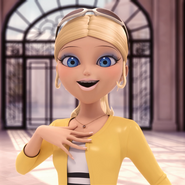 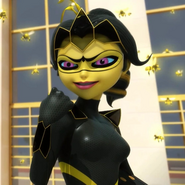 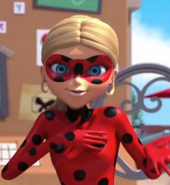 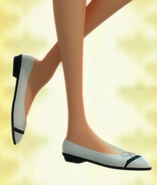 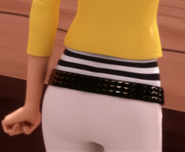 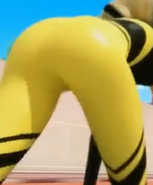