The Parody Wiki
Register
Don't have an account?
Sign In
Advertisement
in: Animals, Mammals, Ceteceans,
and 13 more

Commerson's dolphin (Cephalorhynchus commersonii), also referred to by the common names skunk dolphin, piebald dolphin or panda dolphin, is a small oceanic dolphin of the genus Cephalorhynchus. Commerson's dolphin has two geographically-isolated but locally-common subspecies. The principal subspecies, C.c.commersonii, has sharply-delineated black-and-white patterning and is found around the tip of South America. The secondary subspecies, C.c.kerguelenensis, is larger than C.c.commersonii, has a less-sharply delineated dark and light grey patterning with a white ventral band, and is found around the Kerguelen Islands in the Indian Ocean. 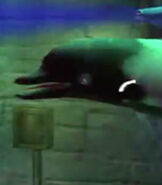 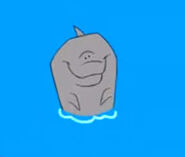