The Parody Wiki
Register
Don't have an account?
Sign In
Advertisement
in: Characters, Animals, European Animals,
and 163 more

Undoubtedly Britain's most well-known amphibian, the common frog (Rana temporaria), also known as the European common frog, European common brown frog, or European grass frog, is often found in garden ponds. They are typically brown or greyish in colour, but some individuals may be yellow or reddish. The flanks are usually yellow, the underside white, and the upper surfaces feature variable blackish markings. The large hind legs feature webbed feet; they power strong jumps and an excellent swimming ability, and are covered with dark bands, which provide camouflage. The male common frog tends, on average, to be slightly smaller than the female, and can be identified by whitish swellings on the inner digits of the front feet, which support dark pads during the breeding season that allow the male to effectively grasp a female. 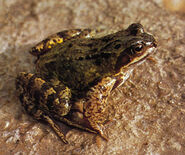 The Many Adventures of Winnie the Pooh (1977) 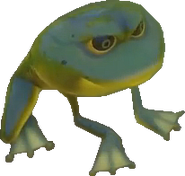 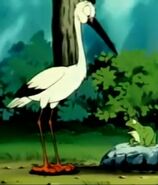 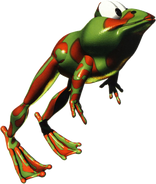 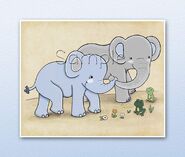 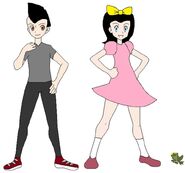 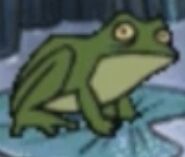