The Parody Wiki
Register
Don't have an account?
Sign In
Advertisement
in: Characters, Animals, Australian Animals,
and 83 more

This large, pudgy mammal is a marsupial, or pouched animal, found in Australia and on scattered islands nearby. Like other marsupials, wombats (Vombatus ursinus) give birth to tiny, undeveloped young that crawl into pouches on their mothers' bellies. A wombat baby remains in its mother's pouch for about five months before emerging. Even after it leaves the pouch, the young animal will frequently crawl back in to nurse or to escape danger. By about seven months of age, a young wombat can care for itself. Wombats use their claws to dig burrows in open grasslands and eucalyptus forests. They live in these burrows, which can become extensive tunnel-and-chamber complexes. Common wombats are solitary and inhabit their own burrows, while other species may be more social and live together in larger burrow groups called colonies. Wombats are nocturnal and emerge to feed at night on grasses, roots, and bark. They have rodentlike incisors that never stop growing and are gnawed down on some of their tougher vegetarian fare. 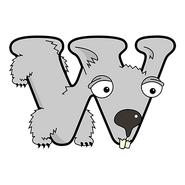 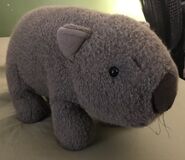 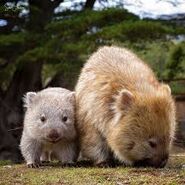 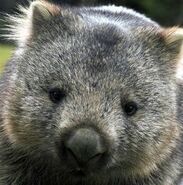 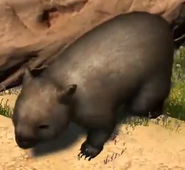 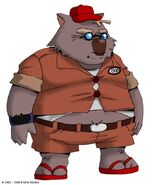 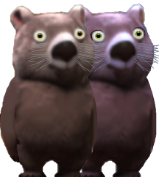 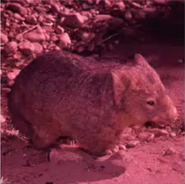 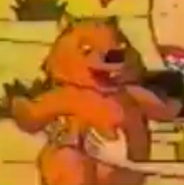